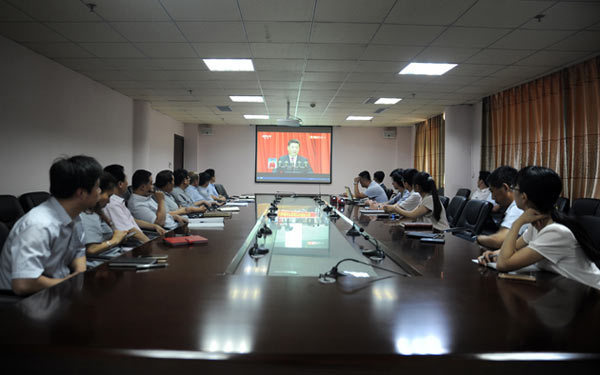 On the morning of July 1, the Central Committee of the Communist Party of China celebrated the 95th anniversary of the founding of the Communist Party of China in the Great Hall of the People. General Secretary of the CPC Central Committee, President of the State, and Chairman of the Central Military Commission Xi Jinping attended the conference and delivered an important speech. The company branch committee organized all party members and some leadership representatives to watch the live conference. The company's deputy general manager Zhao Zhenguo, chief economist Wang Xinjie and other leaders attended the event.

Through this viewing and learning activity, the party members and representatives are deeply excited and proud of the brilliant achievements the party has made under the leadership of the people of all ethnic groups in the country! Once again received a profound party spirit education, and enhanced the sense of responsibility and mission of party members. Everyone said that they must earnestly study and deeply understand the spirit of General Secretary Xi’s speech, give full play to the vanguard and exemplary role of the Communist Party members, persist in not forgetting the original intention, continue to move forward, and concentrate on promoting the company’s leapfrog development and realizing the great century-old Guanzhou dream. ,strive assiduously.